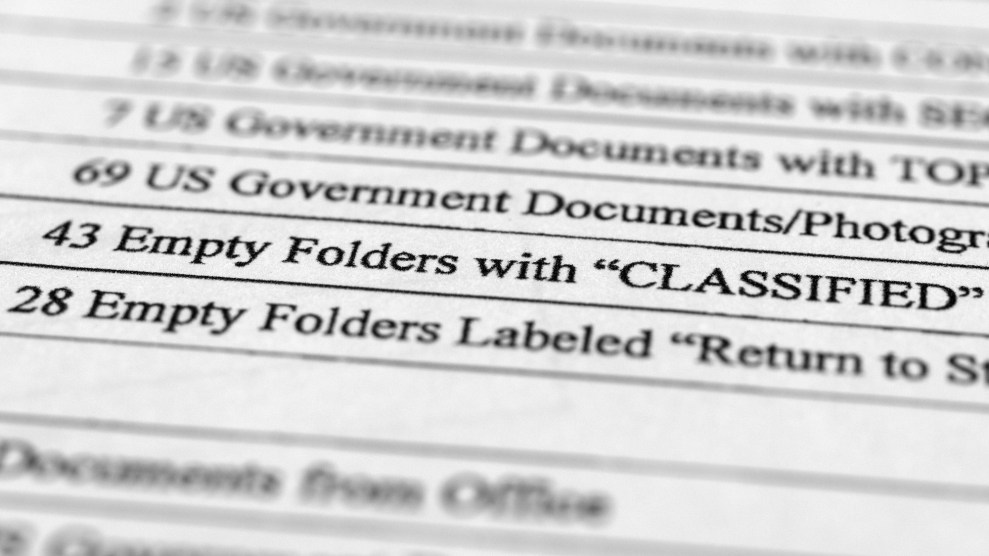 The disclosure of so many empty folders raises questions about whether the FBI recovered all of the sensitive government documents it was seeking. According to the unsealed file, agents found secret documents mixed with newspaper clippings, books, clothing, gifts and hundreds of other government documents and photos with no classification marks.

Trump’s attorneys are trying to convince a federal judge in West Palm Beach, Fla., to appoint a “special master” to decide whether any of the documents seized at Mar-a-Lago are subject to executive privilege or attorney-client privilege — though the FBI says that its document examiners have already reviewed it. Meanwhile, the Justice Department and intelligence officials are reviewing the classifications of the recovered documents and beginning to assess the potential risks their misuse poses to national security Politically. The DOJ is investigating Trump for possible violations of the Presidential Records Act, the Espionage Act and obstruction of justice.

Decisive vote NO to CHIPS law