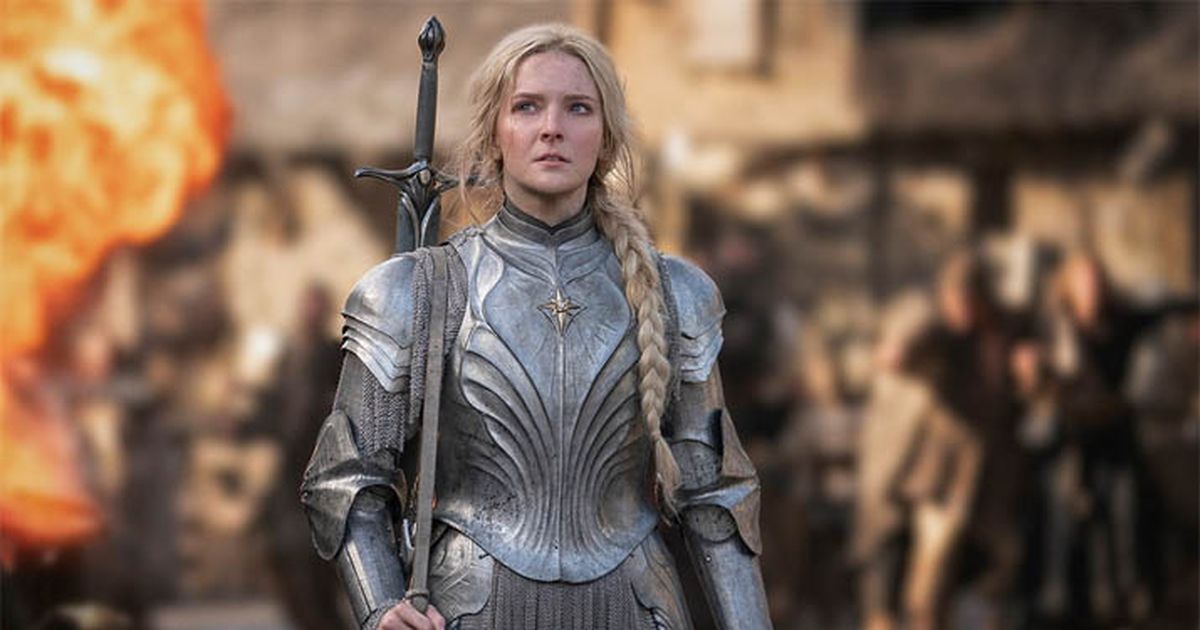 The View is back for another season and today the hosts dedicated a section to the critics of The Rings of Power.

The View hosts have absolutely no time for racist criticism of new fantasy shows like HBO’s House of the Dragon and Amazon’s Lord of the Rings: The Power of the Rings. So at Tuesday’s season premiere of “The View,” the ladies lashed out at these critics and poked fun at their outrage.

For these disgruntled fans, the main argument against the diverse cast of The Rings of Power is that JRR Tolkien never intended to populate Middle-earth with people/creatures of color, although Tolkien specifically described the Harfoots as having “more brown” skin than theirs descendants, the hobbits. In fact, at the same time “The Rings of Power” premiered on Amazon, the streamer suspended user reviews for the first 72 hours to prevent those who resent the racially diverse cast from “reviewing” the series.

I don’t know if you’ve seen the first two episodes of The Rings of Power, but I have. The show is scheduled to run for five seasons with about 8 episodes per season and so far it’s just not doing very well. All the secondary things we’ve come to expect from a big-budget, high-fantasy production are there. Some of the makeup and costumes are beautiful. Many of the handy sets are nice and some of the digital matte paintings depicting the different parts of Middle-earth look epic. If you froze the show every 10 minutes, the frame you pause on would probably look good, maybe even impressive.

But by the second episode I almost fell asleep. And that’s because the story isn’t very compelling, at least so far. The main character, Galadriel, appears to be the only character with an actual goal, which is to find the remaining orcs and kill Sauron once and for all. But nobody else seems to think there’s a threat, and she spends most of her time failing to convince people that her mission isn’t a waste of time.

Again, we’re only at 2 episodes and maybe things are getting better, but compare this to Peter Jackson’s Fellowship of the Ring. After two hours into this movie, all the characters have committed to destroy the ring at all costs and they fight against storms, orcs and various monsters to achieve their goal. Two hours after Rings of Power, Galadriel is shipped to Valinor and decides to jump off the boat that will take her there. She spends the rest of the episode swimming and clinging to a raft. She has a goal, but it still feels like we’re only at the beginning of her story.

In the meantime we’ve been introduced to a bunch of proto-hobbits and someone who could be Gandalf, and nothing they do is remotely interesting so far. The show really drags on and (again I haven’t seen the rest) it feels like maybe by the end of season one we’re finally getting to some sort of community forming to defeat Sauron. I hope I’m wrong about the timeline, but so far it feels like the first hour of Jackson’s first film stretches over 8 hours.

My point is that I don’t think all fans of Tolkien are suddenly racists. I think fans are unhappy because the show isn’t very good so far and seems to follow a lot of Hollywood tropes that many fantasy sci-fi fans are fed up with. For example, the female heroine Mary Sue, who happens to be an unstoppable warrior. We did all that with Rey Skywalker and people hated it back then too. Here are some of the most common complaints about negative reviews that prompted Amazon to temporarily stop accepting reviews:

Most of these complaints are not racial, but complaints about Black Elf character are obviously racial. Some people feel like it messes up Tolkien’s world and they don’t like it. I personally didn’t mind the black elf character, but it bothered me that his main story so far has revolved around the forbidden love for a human woman and the hatred of the townspeople, which because he’s black feels like an obvious story about Miscegenation feels like laws and racism circa 1965. Couldn’t we just have a black elf character without his whole subplot revolving around him being black? I do not think so.

That said, I agree with Whoopi for once. There are a lot of wonderful black nerds out there who love this stuff as much as I do. I’m all for black people to be a part of this fandom and feel welcome because the whole idea of ​​fandom is to gather around something you love and enjoy sharing that with other people who feel the same way are excited about it. And that means black people can definitely be elves and wizards and dragons and everything else because, and this is key, it really shouldn’t matter that much. But that idea is undermined when the show tells you every five minutes that “the most important thing in this character’s life is actually his race and the obstacles that come his way.” That seems very 2022-related and a bit foreign to Tolkien.

Bottom line: if you want people to like these characters more than just avatars for progressive messages, it really helps if the show is great and the story is compelling. So far, The Rings of Power hasn’t been either, and I think that’s what fans are most upset about. Personally, I had no anticipation for this show, so if it turns out to be awful, well, it wasn’t my money they wasted on that turkey. Generally speaking, after living through the Star Wars prequels and the sequels, it’s hard to get upset about something like that. Terrible authors have already destroyed the characters I cared about as a kid. After Attack of the Clones and The Last Jedi I just didn’t have much disappointment left.

The Fed’s solution to tracking inflation is based on flawed logic, and US government policy…

These are the 10 largest military spending nations in the world